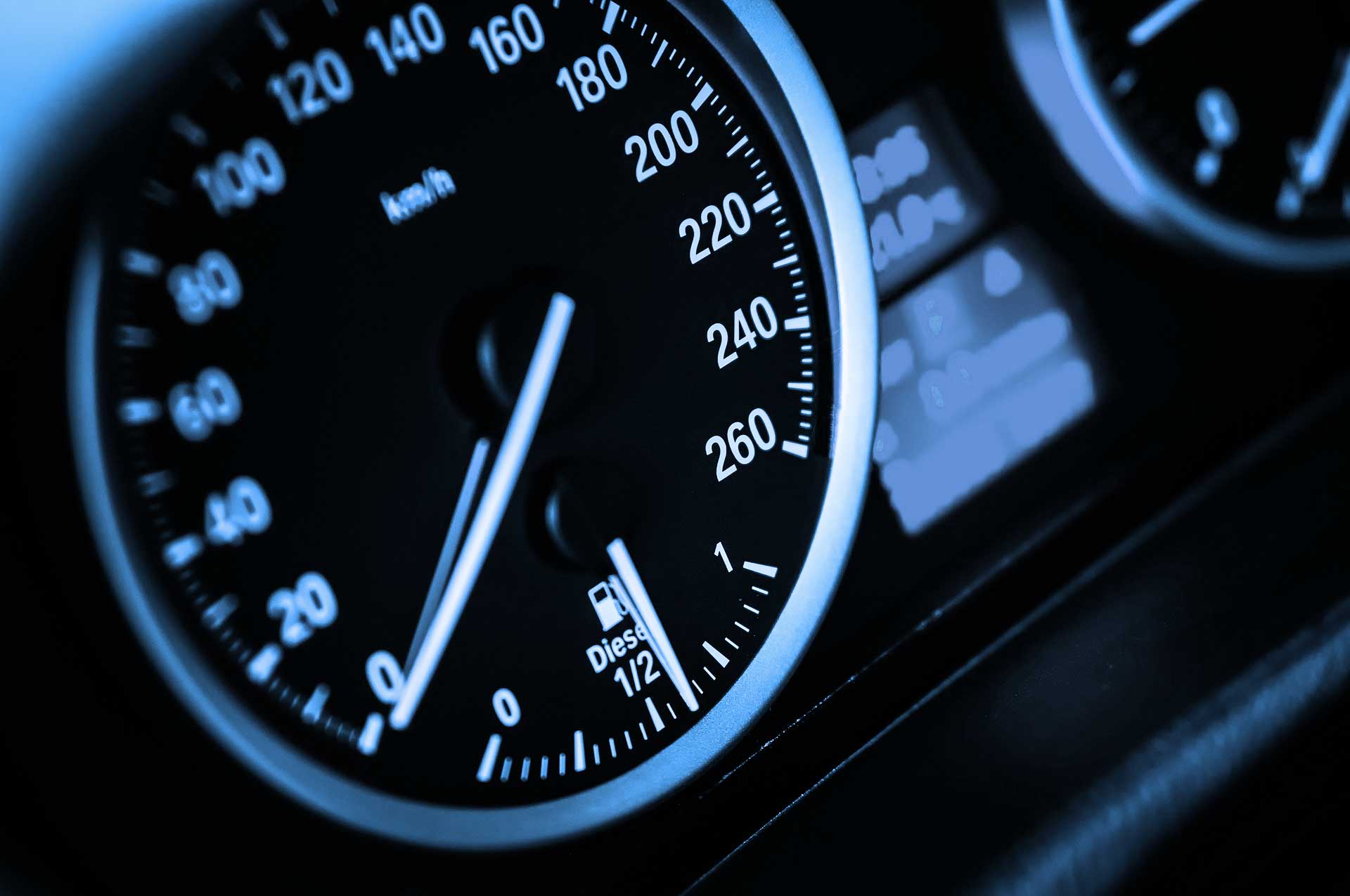 Perhaps the most common question we hear is, “How do you get started doing Lean Startup in the enterprise?”

Practitioners want to figure out how to get leaders involved; leaders worry about the level of effort required to implement a top-down rollout.

We always get a kick discussing enterprise lean startup challenges with The Lean Startup author Eric Ries, so welcomed the opportunity to do so during his recent Kickstarter campaign.

We hosted Eric on our April live Lean Lunch Google Hangout, who revealed some secrets to getting senior management—and then everyone else—onboard when adopting lean innovation.

Here are 4 great principles to get started:

In the same way many entrepreneurs and enterprise innovators focus on scale too early, so too with enterprise Lean Startup. You can’t get a 100 customers, if you can’t get 1. Similarly, you want to iterate on your early experiments, and then show good results to senior management. Don’t waste time trying to convince senior leaders to upend the way the company has been doing things. Show them that Lean Startup style experiments actually work for the business, that they make a difference, and that it’s valuable to work that way.

“A common pattern is somebody in the organization who is quite visionary but junior, has the insight to [experiment],” Ries said. They get some good initial results from their experiments, and then demonstrate it to senior leadership. The junior person then says ‘This isn’t just a theory, this works.’ And in a back and forth process over a year or two, we have senior leadership getting more bought in. And we’re getting more examples of it working.

“Once you’ve done that, at a certain point, it reaches a tipping point where the senior leadership says ‘OK, this is no longer a funky grassroots experiment, we want this to be the way that we do work when it comes to innovation across the company and we are going to make that happen,’ Ries explained. “So there is that switching moment where you cross the chasm and say ‘Now we are going to make the mainstream employees of this company aware of this.’ But you don’t start with that—just like you don’t start a product launch with a Super Bowl ad.”

Ries conducted three days of intensive Lean Startup training for a large enterprise doing an internal process startup. The team came up with a different way to organize teams, internal sales strategy, sales training, and budgeting that could produce dramatically different results for their customers.

“But it touched twelve different unmentionable issues in the company,” Ries said. “And they had to present their plan to the big boss, a very scary person who controls key resources in the company, the kind of person you really don’t want to piss off.

This team was very afraid. Before they presented, we decided that instead of reallocating all these resources to address this pain, they would do an experiment to make sure it’s a good idea. [Making the change] for one team, one process, one location – like a classic Minimum Viable Product. Then we can measure its impact, and once we know what the impact is, we can know how much cost we should be willing to endure to roll this thing out across [multiple] locations.”

The team got excited about doing the small experiment first.

But in scheduling the presentation, it turned out that the big boss was going to be on vacation. He had to Skype into the presentation, interrupting his vacation. “And the team is just absolutely bracing for him to take their head off,” Eric said. But that’s not what happened. “The big boss said, ‘You know, this is a good idea, I never thought of it before. I want this rolled out across all our teams at all of our locations by next month,’” Ries said.

To their credit, the team said, “Now that we know you think it’s the greatest idea since sliced bread, we still think the right approach is to experiment and make sure it’s actually a good idea before we scale,’” Ries said. “It made such an impression on him. He instantly went from lean skeptic to lean evangelist in the company.”

Small-scale, internal projects can have a major impact on getting buy-in from senior leadership and the rest of the company. And it avoids appearing to be shoving Lean Startup methods down everyone’s gullet.

Plus, small experiments are lower risk and you start to remove the fear of change.

One of the core principals of “The Toyota Production System” aka, lean, is “visual control”.

Transparency into process, visual indicators of deviations from standards and other applications ensure that problems are not hidden from view. Continuous improvement stems from resolving problems as they’re found as opposed to, for example, creating less efficient workarounds that become buried from view. While many are quick to push tools to manage process, we’re big fans of using analog tools and whiteboards to manage lean innovation experiments.

One of the biggest benefits of using a lean startup canvas or poster or whiteboard is that other people will stop and ask what you’re up to—so you have an opportunity to educate them—and they will be able to see progress in your experiments.

This is a powerful way to “train up.”

In other words, teach leaders lean innovation through sharing stories and evidence. “One internal entrepreneur I know wanted to have his whole cross-functional team working in one room, which is a very unusual way of working inside a company,” Ries said. “He scouted out different rooms at his company to use, and he found a room that just so happened to be located between the offices of some top executives and the bathroom that they use.

Every day, those leaders are walking by his big room, where all this stuff was on the wall including prototypes, and it’s just irresistible to pop their head in and say, ‘How’s it going?’

Not only do these tools provide a visual demonstration of your progress. But they also encourage teamwork in defining assumptions and prioritizing them—putting those Post-Its on the board is a valuable team process. It also unearths the conflicts.

Conflicts are inevitable, so the earlier and easier you uncover them, the better. Analog tools lend themselves really well to that philosophy. “There’s a misconception that tools, and robots, and automation are the solution,” Ries said. “When really the solution is the philosophical process. Once you have the philosophy, tools can help support and facilitate, but without it, those tools are useless.”

“Every company I’ve worked with, there is a company culture where there is a dominant function,” Ries said. “Some companies are engineering driven, others are finance-driven; others are sales-driven.”

In the Lean Entrepreneur, I called this the company’s shadow force, because it often isn’t obvious.

One way to figure out the dominant function of a company is to ask: What is the background of the founder, current CEO, or other management team members?

How does one move up the ranks?

“Companies have biases, and having your initial experiment with Lean Startup aligned with those biases is very helpful,” Ries said. This includes, even, how you talk about Lean Startup. Several companies we consult with have renamed lean startup in order to “make it their own.”

One company calls it “Build Measure Learn,” another “Lean Innovation” and “FastStart”; GE calls it “Fastworks”.

Many companies have a “not invented here” culture that can get in the way of adopting external ideas. But when people in the company infuse Lean Startup ideas into their existing culture, they find more success getting started.

“One manager at a large tech company told me he spent a lot of time banging his head against the way trying to get people in that company to adopt Lean Startup,” Ries said. “Finally, someone senior told him, ‘Stop talking about Lean Startup! We don’t believe in that, and we don’t want to hear about it.’ The manager said, ‘OK, no problem.’ So he invented his own terms that mean the exact same thing, and just started doing it with his teams.

All of a sudden, people were getting all excited about it instead of [rejecting it because it was] not invented there. It was a completely unique, indigenous innovation that people could get excited about.”

Senior leadership—and often the employees—don’t want to feel like the company is being invaded. “Companies have to make it their own, it has to feel like a local thing,” Ries said.

At Moves the Needle, we use our own adapted lean startup principles such as the Value Stream Discovery Dashboard to experiment on how to best introduce, implement and scale lean startup into enterprise companies.

You don’t need permission to innovate.

You can, however, plant the seeds for more lean innovation at your company.