Identifying and Engaging Key Stakeholders to Get an Innovation Initiative Prioritized 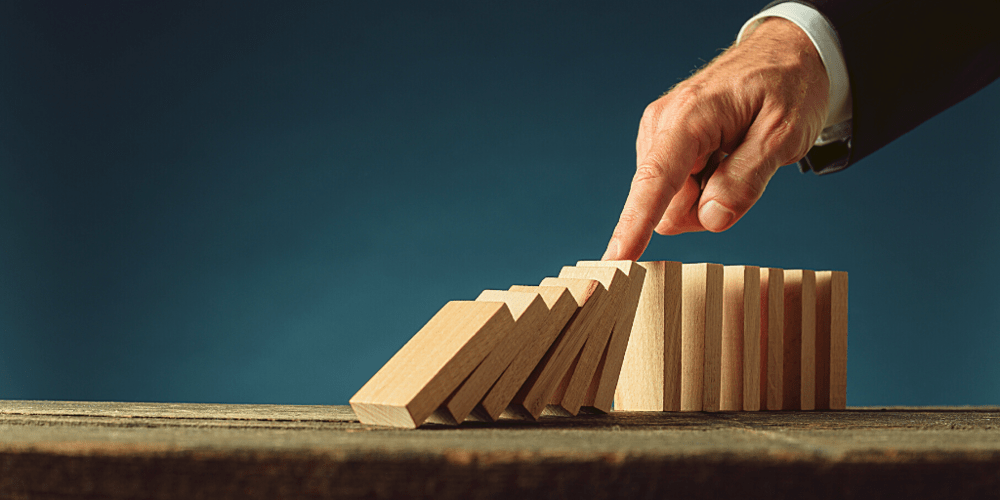 In any organization, most of the projects you work on will involve multiple stakeholders, each one possessing the ability to impact the progression of a project, whether for better or for worse. And with regard to innovation coaching, while stakeholders may not be the ones leading the initiative, their feedback can be an extremely important driving force throughout a project.

There have been many situations where innovation projects failed prematurely, because key stakeholders were not identified, consulted and involved early enough by the Sponsor of the innovation coach. And, if stakeholders are not continuously managed, a project that has strayed from being strategically aligned with the core business model might not be killed quickly enough, leading to wasted time, money, and energy.

One reason why innovation projects fail is because key stakeholders are not considered when it matters most, which leads them to misunderstand the goals of the project and its intended impact. But the most important reason for identifying and understanding stakeholders and their goals is that it allows you to recruit them as part of your effort.

Innovation leaders need to identify and engage stakeholders early and often because these influential team members have the ability to support, influence, or kill a project based on their beliefs about what a team might be working on and how the project affects their own goals.

Stakeholders can provide a wealth of information and insight that can help move projects forward if they are brought in and briefed on the work the team is doing.

For instance, if a leader in another business unit has developed a team to solve a similar problem in the past, they can help uncover areas of risk, stop a team from performing “duplicate work”, or offer their learnings in order to accelerate the pace of a project.

By involving and getting buy-in from your key stakeholders, your project will reap the benefits of having a fresh set of eyes and ideas, additional support if there is opposition from another business unit, and increased credibility within your organization.

Involving them early and addressing their concerns throughout the process allows expectations to be set and managed, which ensures that everyone is on the same page and that time is not being wasted.

How to Identify and Engage the Right People

While this may sound like a simple task, it is not always clear from the start who might be impacted by the work a team is doing. This might mean creating a plan for who to engage before launching into a project and continuing to build on the plan as you work.

To do this, think about the problem your team is aiming to solve and identify all of the potential business units who might be involved. Using this information, you can come up with a stakeholder map (see below) and a plan to educate the individuals on that list about what you are doing when it makes the most sense to do so.

Stakeholder analysis is an easy way to determine who might have the most positive or negative influence on a project, and who is going to be most or least affected by the initiative. Most methods of stakeholder mapping separate stakeholders into one of four categories, each occupying one quadrant in a four-space grid:

This visualization tool shows you who is going to be an influencer for your project, who is going to be supportive, and who has the power to stop the project dead in its tracks. In the planning process, you will also want to map out when is the best time to bring these people in and how much attention you want to focus on each individual or business unit.

Ultimately, it comes down to power, influence and whether or not they are interested in what problems you are aiming to solve.

It may be that as the team works to build evidence to support a specific assumption, additional stakeholders are brought to light. Getting buy-in from these departments before moving forward is as essential for the continuation of the project as failing to include them in your stakeholder plan.

Once you’ve mapped out your target stakeholders, you can begin developing a plan to engage them and get their buy-in to move forward.

Typically, the team sponsor is the one who would initiate this conversation, with the goal being to appeal to the business unit and demonstrate how the project can deliver value for them specifically.

But before the sponsor can start this conversation, there needs to be an MVP ready to showcase and the team needs to know how to create a satisfied customer and have an understanding of what “passion” looks like (more on that here).

You might still have a bit to figure out on the business model itself, but if you wait too long, you risk not getting the support you need, so once those preliminary questions have been answered is the time to start engaging.

There are a number of ways that a sponsor might go about getting the stakeholders engaged, but the most common tactics involve inviting stakeholders to a demo or team share-out, where they can hear first-hand what the team has been working on.

Getting Buy-In for an Innovation Project

If a project doesn’t get prioritized, it’s not going to happen.

In the same vein, if you want to get buy-in to continue your work, it is beneficial for teams and sponsors to understand and appeal to the stakeholder’s goals. Even before beginning a new initiative, it is a good idea to prioritize projects for your own department that helps to solve bigger problems within the organization. This is especially true if you are depending on the support from multiple different stakeholders.

It is also important to understand the problem you are trying to solve in order to make sure it aligns with the overarching business goals for the organization if you hope to get the buy-in of everyone on your stakeholder map.

A Time When Stakeholders Mattered

The following story provides an example where identifying and engaging key stakeholders meant the difference between success and failure.

In this example, a large organization going through transformation had spun up several teams working on projects that originally aligned with strategic initiatives.

One team, through Empathy and Experimentation and Evidence (the 3 E’s of Lean Innovation), was able to produce enough evidence that a new service they were exploring as a potential offer did not actually address the core problem which the new service was created to solve.

It was clear that they were on the right track, but the evidence they uncovered proved that the new service was not going to solve a big enough problem, therefore rendering it worthless to continue pursuing.

However, while doing this discovery work, they identified and gathered key insights around another, bigger problem. This problem was so apparent that the team had no challenge finding customers who had faced this issue and were looking for a solution.

In fact, they had so many potential customers to use in the evidence-building process that they decided to run an experiment to test how strong the pain truly was for these customers in order to help them co-create a solution.

During the experiment, every 30 days the team would come to their share-out with the Growth Board and provide more and more clear evidence why they should continue moving forward with the project. The team not only validated many of their riskiest assumptions, but was now ready to test the MVP. They had full sponsor support and the Growth Board continued to fund the team.

But, here’s where things got tricky.

When the team started to test and build the prototype, figure out the business model and even had prepaid customers waiting in the wings, they had not yet discussed where this new product would live within the organization. When the team finally addressed this concern with the sponsor, what they quickly learned was that from a strategic standpoint, it couldn’t live under the sponsor’s Business Unit. Unfortunately, there wasn’t anyone within the organization who could take on and continue to fund this product.

The team ended up disbanding and the product was never developed.

In this example, things fell apart because early stakeholders were never identified or consulted, therefore, the team was under a false belief that the strong evidence would be enough that someone would bring them in.

If the team would have brought in possible stakeholders earlier, they would have learned that they were off base, and they could have refocused all of their energy on a project that had a future.

When a team has validated that the customers of the organization have a true need for a solution, and are actively generating evidence to support their assumptions about how to go about creating this solution based on real customer behavior, that is the time to determine who the key stakeholders are.

By identifying them and involving them early in the process, the team can learn what obstacles they may face and get stakeholder buy-in that can help quicken their learning, find that somewhere in that business unit another team is working on a similar solution, or learn that they should possibly pivot.

If this step is forgotten, valuable time might be wasted on developing products that are not strategically aligned with the core of the organization instead of spending that time on solving customer problems that fall within the realm of possibility.